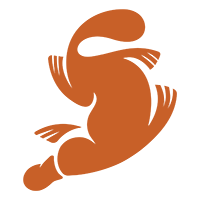 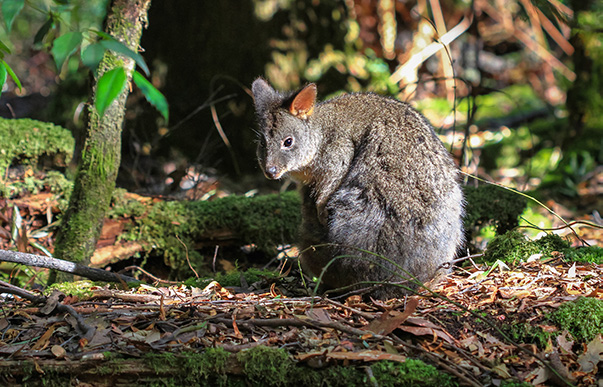 Mt Field National Park is one of Tasmania’s most loved and diverse parks. It has a wide variety of scenic features and wildlife and offers a great range of walking tracks for visitors. Few other national parks in Australia offer such a diversity in vegetation, ranging from tall swamp gum forests and massive tree ferns at the base of the mountains, through ancient rainforest to alpine vegetation at the higher elevations.

Find out more
The Wall in the Wilderness 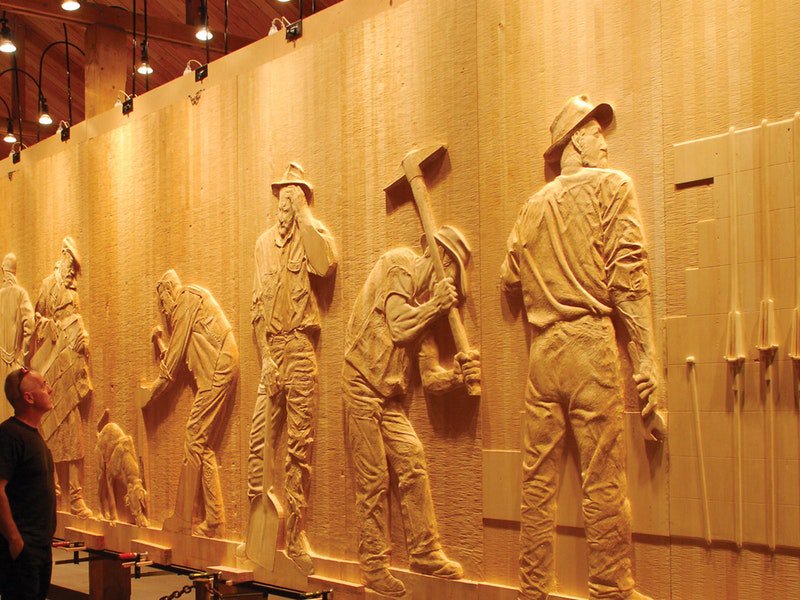 An inspirational story carved from the mountains and rivers of the Central Highlands of Tasmania, including harsh history including indigenous people, timber harvesters, pastoralists, miners, hydro-workers and the extinction of the Thylacine (Tasmanian Tiger). Do visit the beautiful café in the amazing courtyard.
Find out more
Mt Field National Park

The curtainous multi-tiered Russell Falls is probably the most popular and most photographed waterfall in the state. Russell Falls is in Mt Field National Park -one of Tasmania’s most loved national parks. Tasmania’s first national park established in 1916 was set aside as Tasmania’s first nature reserve in 1885. It is part of the greater Tasmanian Wilderness World Heritage Area which dominates much of the southern and western sections of the island.

The Horseshoe Falls and Lady Barron Falls are also stunning. With a diverse glacial landscape showing the island’s geological links to Antarctica, the rocks you walk are at least 170 million years old and the plant life includes giant swamp gums, snow gums, myrtle, sassafras, King Billy pine and Australia’s only endemic deciduous tree, the fagus or beech. In late April and early May the forests that surround Tarn Shelf are a riot of gold, red and orange. You can climb an easy path to the top of the Russell Falls and then continue on to the Tall Trees Walk. Mt Field National Park is home to many of Tasmania’s unique animals including platypus, echidna, spotted-tail and eastern quoll, Tasmanian devil, bandicoots, wombats, possums, bettong and pademelon. The last Tasmanian tiger, on show in the old Beaumaris Zoo in Hobart until 1936, was trapped in the nearby Florentine Valley in 1933.

Mt Field is also home to an enormous diversity of fungi. Fungi are ecologically important and megadiverse, significantly underpinning the terrestrial ecology of the Park. Photographic tours led by Mt Field resident Greg Power of Great Aussie Photo Tours capture the most awesome photos of fungi as well as waterfalls, creeks, ferns, moss, fungi and numerous tree species including the giant Eucalyptus Regnans and the resident wildlife.

Mount Field National park has one of Tasmania’s downhill skiing areas. There are three ski tows, two on Mount Mawson and one on the Rodway range. There is usually some snow cover for skiing from mid July to mid September.

Find out more
The Agrarian Kitchen 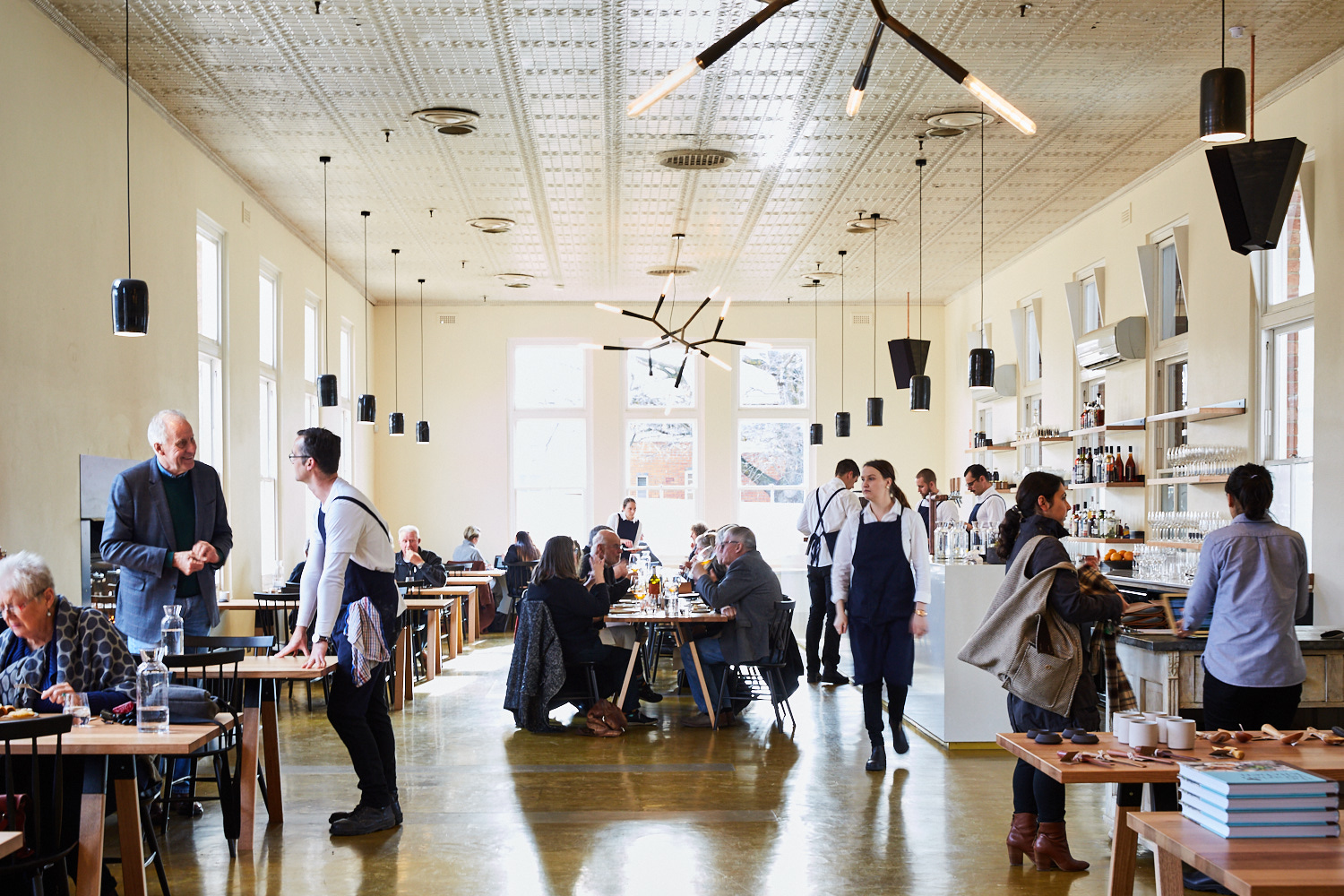 The Agrarian Kitchen often described as “by far the best cooking school in Australia” is a wonderful paddock-to-plate and slow food experience. Set on five acres, The Agrarian Kitchen is an organic working farm incorporating an extensive vegetable garden, orchard, berry patch and herb garden alongside Wessex Saddleback and Berkshire pigs, Barnevelder chickens, milking goats, a flock of geese and honeybees.

Their Eatery and Store in the Bronte building Willow Court, New Norfolk is a space where local, seasonal produce is celebrated and the diner experiences a true sense of place through the food they eat. The ingredients speak for themselves with little adornment. A community of local growers, farmers and fishermen has been fostered through which the mainstay of the ingredients are sourced along with excess from the cooking school’s garden and farm. Fruit and vegetables enter the kitchen with remnants of leaves and soil attached, meat as whole carcasses is hung and broken down when required. 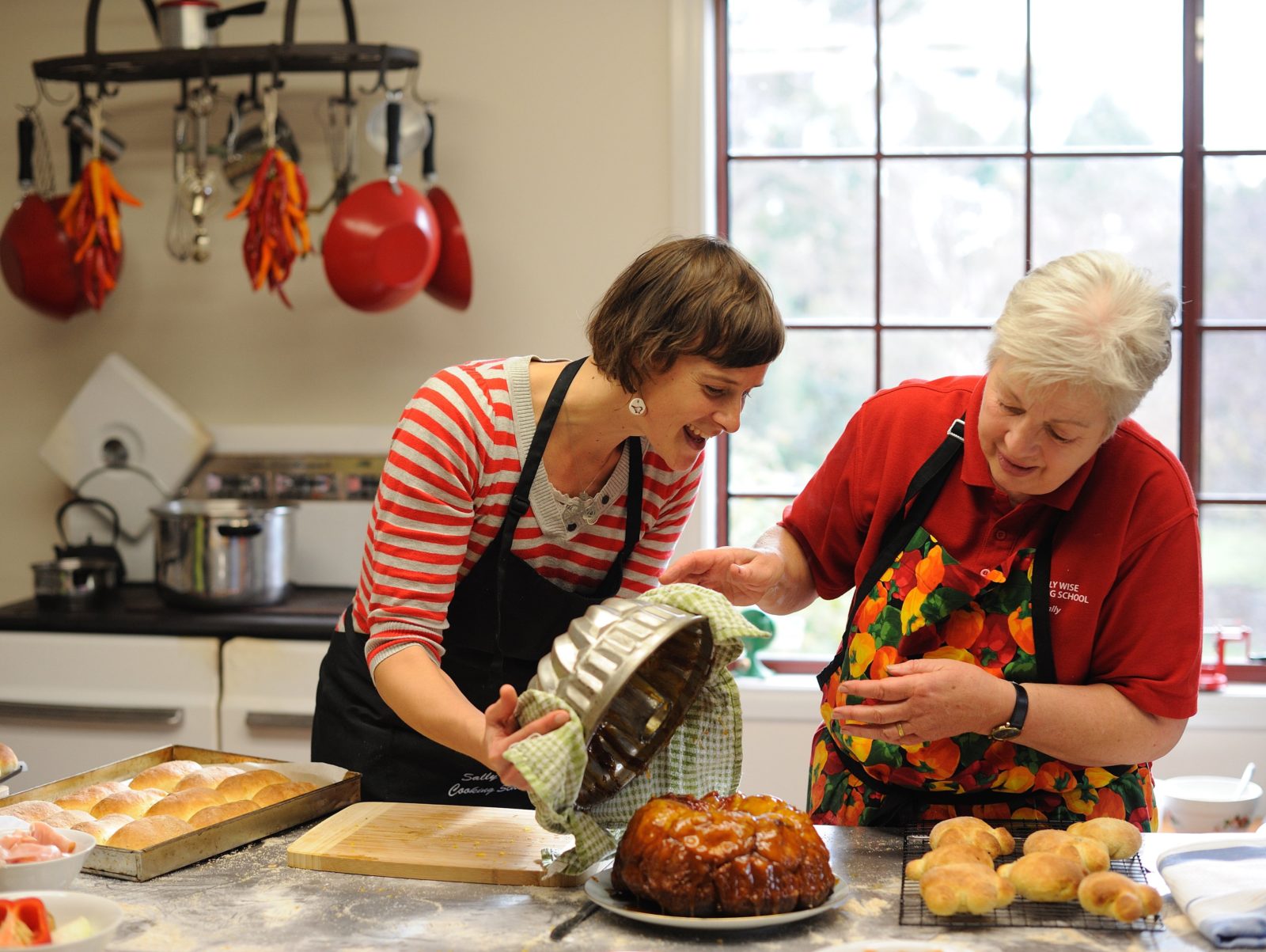 Sally Wise, ABC Radio cooking guru, preserve queen and prolific cook book author, runs her cooking school in Molesworth with a broad class calendar. Most of her books are on Rathmore’s book shelves including The Little Book of Slow…a charming guide to slow your life down, relax and de-stress with vintage inspiration from a more leisurely time. Discover how to make your own bread, pickles and preserves, fresh cheeses and yoghurt. Pack the perfect picnic, cook over a campfire or enjoy a vintage-style high tea. Or be inspired to take up slow hobbies and pastimes like playing boardgames or cards and holding dinner parties. 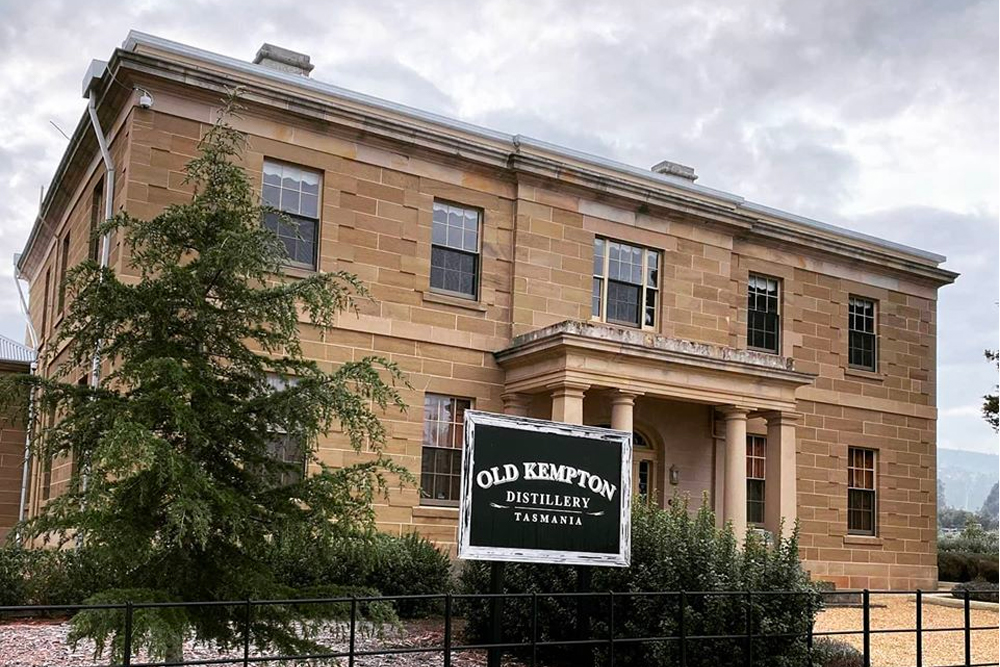 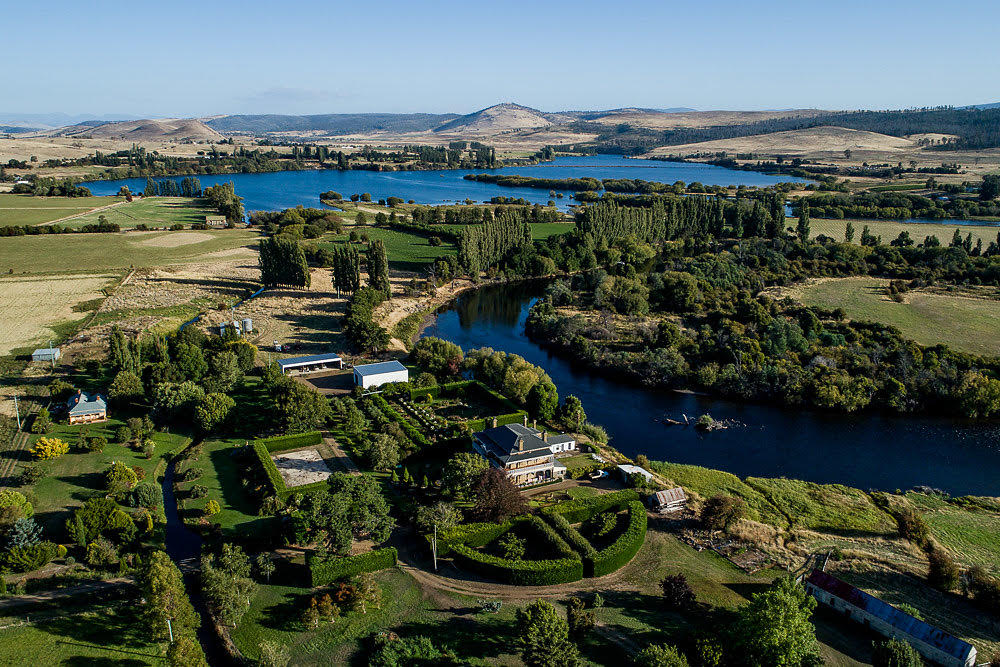 Family owned distillery on stunning historic Lawrenny Estate, produces Premium Gin & Vodka and Tasmania Paddock to bottle Estate Single Malt Whisky. All possible ingredients sourced from, and all processes are completed on the distillery property producing this estate, paddock-to-bottle whisk, the first since colonial days! Ask us about bespoke tours of glorious Lawrenny. 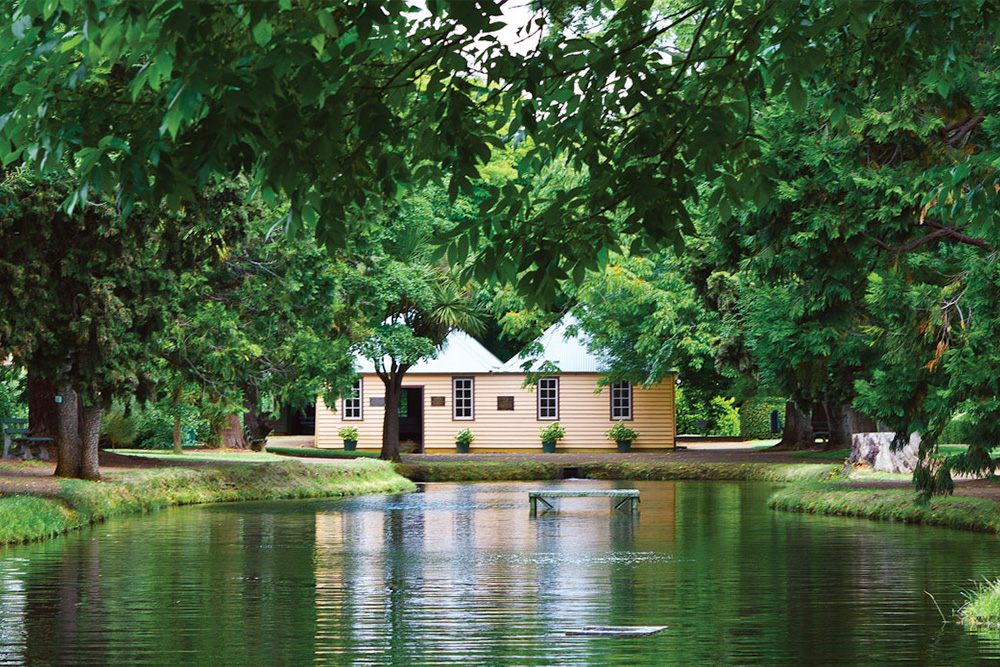 The place where our Dew Rivulet Rainbow Trout were hatched is quite extraordinary with mature gardens, well-tended lawns and a hatchery dating back to 1864 when the first live salmon and a small number of trout eggs successfully arrived after a number of unsuccessful attempts .This poem by Margaret Scott captures the magic of the Salmon Ponds:

“This formal garden with its lakes and lawns
gleams against the dim autumnal marsh
like an album portrait framed in weeping haze.
We linger on a rustic bridge to gaze
through smoked-glass gold of elm and beech to where
the full-fed salmon cruise the lily-beds.”

The challenge and charm of Ratho Farm established in 1822 and the oldest remaining golf course outside of Scotland is unequalled in Australia with a variety of 18 golf holes and fun shots.

Following in the traditions of Old Scotland, Ratho Farm remains a public course; no booking is required and it is just $40 per person. Its uniqueness is its sheep on this working farm which graze and keep the playing areas short, with fences to keep them from the square greens 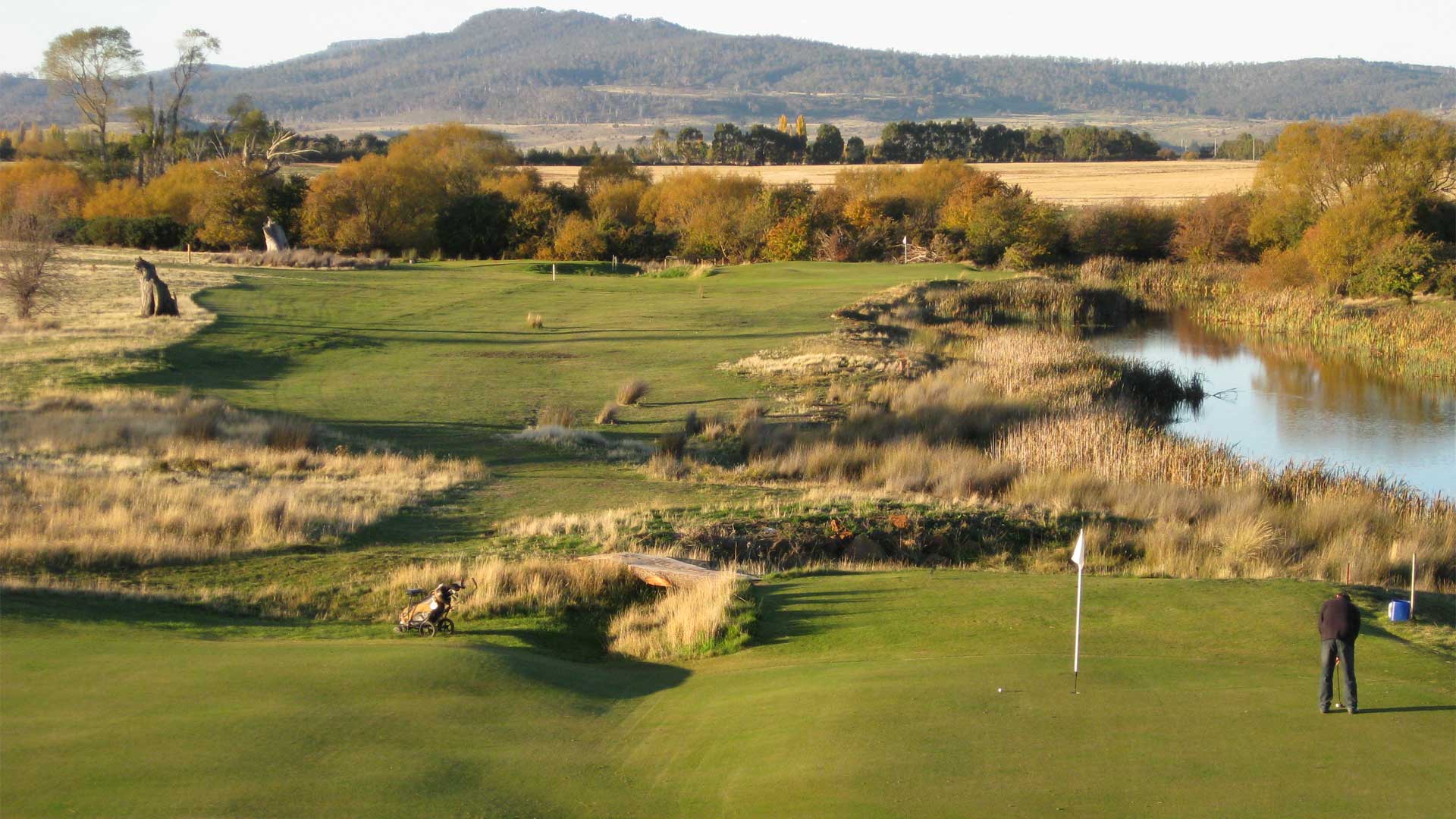 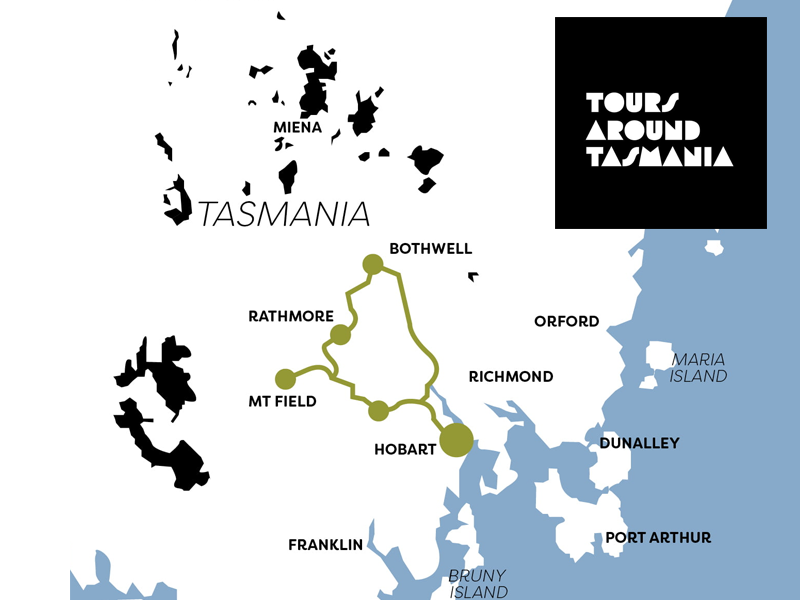 Get to the heart of Tasmania with insight from an ecologist, historian and an astronomer.

Our friends at Tours Around  Tasmania offer a bespoke three-day experience that is no ordinary tour. On this epicurean and informative adventure you will gain deeper insight into what makes Tasmania unique. 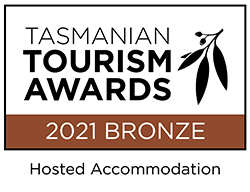 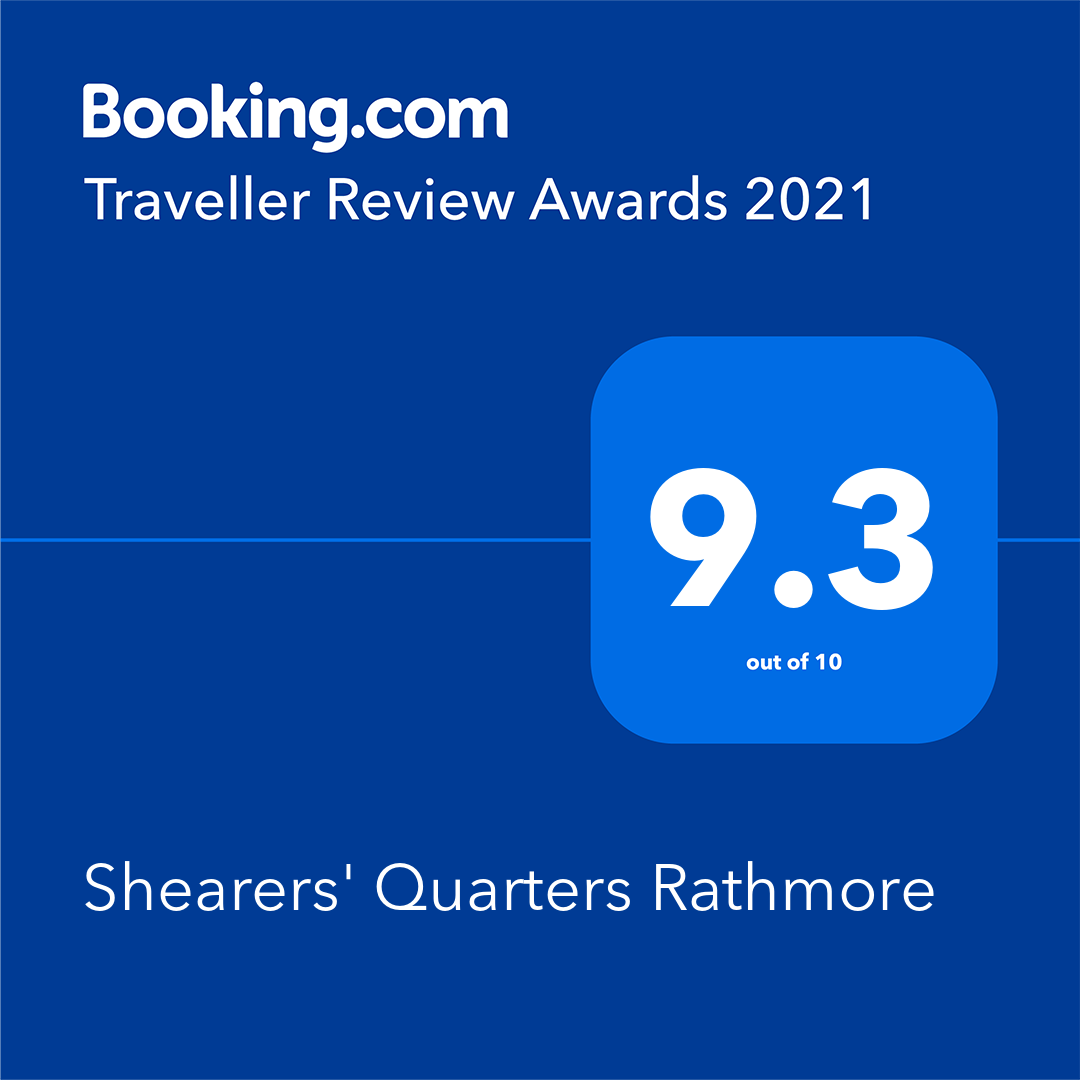 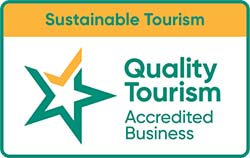